It is more than another game of dodgeball or nerf wars battle….It is THE GAUNTLET!

Set Up:
– Using your long tables, turn them on their side, line them up on either side of your space creating a long pathway (gauntlet).  Make sure there is enough space behind them that people can stand.
– Collect all of your projectiles, enough for half of your groups to have one.

Game Play
– Divide your group up into 2 equal teams, assign one team to be the “gauntlet” and the other to be the  “runners”
– Give all your gauntlet players a projectile and have them stand on the outside of the gauntlet
– Line up all of your “runners” on one end of the gauntlet
– On “Go!” the “runners” need to run to other end of the gauntlet without getting hit, while the other team tries to hit them
– At the end of each round players that have been hit will join the players on the outside of the gauntlet to join in their group
– Continue to play rounds until there is only one player left.   Give that person a prize
– Switch back to beginning teams allow the original runners to now become the gauntlet players of vise versa

HINTS/HELP:
– For Easter Time, we used stuffed animal bunnies!
– In starting the game instead of just having a defined start line and end line, consider going door to door or door to wall in your space.  Provides a bit more of an element of surprise for the runners to run.
– If you feel it safe enough, you might also consider using a strobe light to add to the craziness and fun 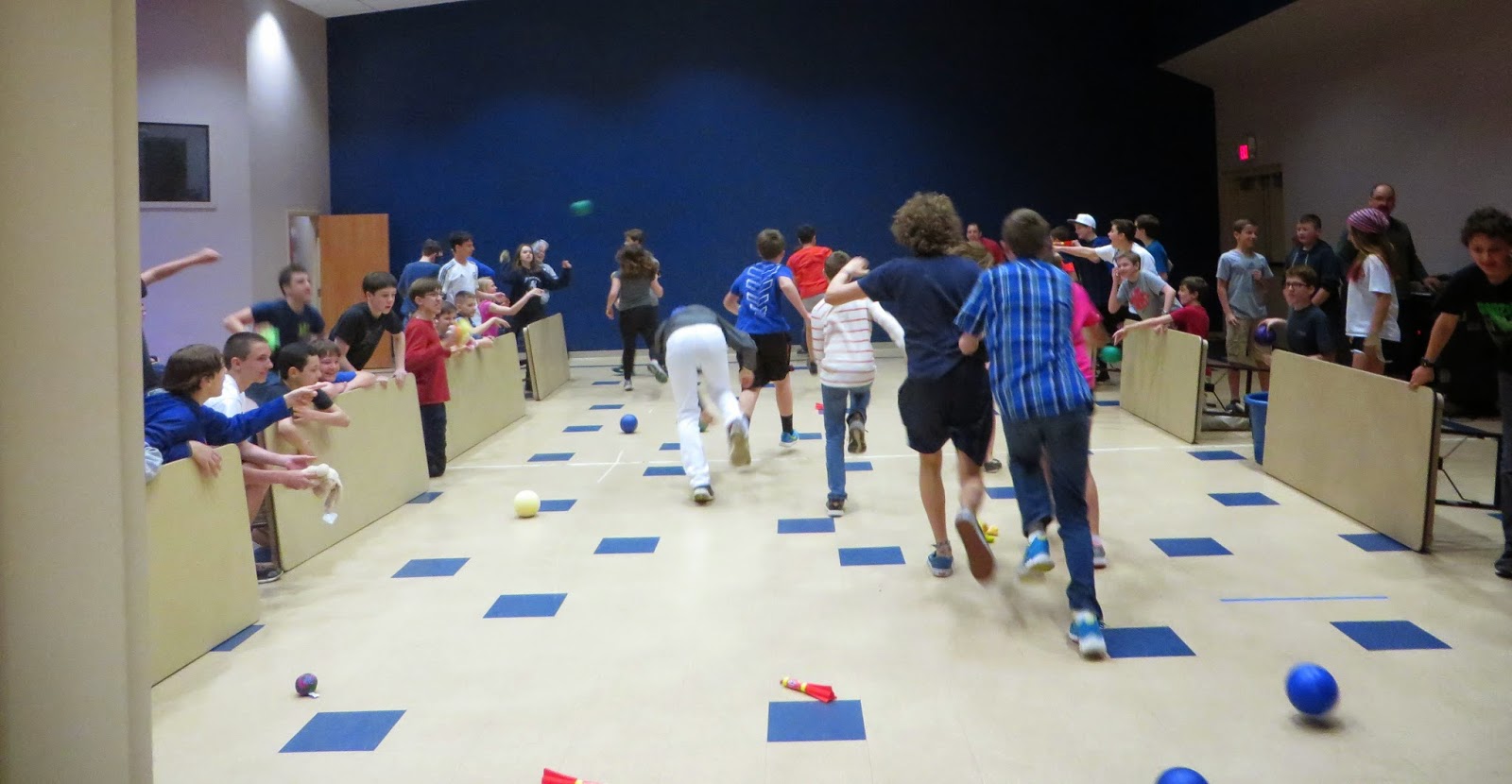 This Site is Dedicated to Providing Resources, Ideas, and Help to Pastors, Leader, Directors, Teachers, Mentors and Anyone Else Working with Children and Students of Any Age, in Any Setting. Our hope is to “MEET YOU IN THE MIDDLE” in the in the middle ground of the “Middle Years Ministry”.